Ready for your next release?

Are you REALLY ready for your next release?

The idea of running a music promotion campaign strikes fear in the heart of many.

But really, you have more power to promote your own music than you may think. Some good planning, persistence, and a healthy dose of patience are all that is required. Whether you’re a musician promoting your own project, a label doing in-house promotion of their releases, or a budding PR pro, planning for each of these steps lead to a winning promotional push.

A rookie mistake in music PR is not clearly defining what exactly is being promoted.

Vague notions of promoting “the band” lead to vague campaigns that won’t click with the journalists, radio producers, and others you’ll need to court while promoting your work.

Naturally, the overall goal of any PR campaign is to garner more general recognition of the artists involved, but you can achieve that goal by having another smaller, more tangible one. In other words, plan a PR campaign around a new release, a concert, an ​album launch party–anything specific that gives your campaign a focus.

Music PR campaigns can also be drawn up around a piece of a news.

For instance, if a musician wins an award, completes a successful Kickstarter campaign, or does something else of significance, a press push with the news can help keep awareness of the band high while giving your music campaign a defined purpose.

Successful PR campaigns take time but don’t give up on your work. Stay the course, and you’ll get those results! 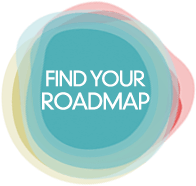