“This Earth is the only one we’ve got” songwriter Fabrizio Grossi declares.  “We need to celebrate it, but also care for it, love it and respect it…..none of which has been done in a substantial form recently, and RIGHT NOW it’s about “F” time to take this matter seriously and deal with this! I cannot expect to change the world with a song, but at the very least getting people thinking and motivated would be a huge payoff!”

‘Right Now’ is about the “strength and power of having each other’s back as a community,” explains Fabrizio Grossi. “To get our hands dirty for the common good, in spite of all the disappointments or challenges we might face on a daily basis.”

Lyrically, the song, touches upon the common topics of faith and the need to unite and musically it’s the band’s love letter to The Rolling Stones. The song is also the first recorded to feature fast rising British rocker Kris Barras as singer/guitarist and introduces Supersonic Blues Machine 2.0 to the old and the new fans alike. Barras has been touring with the band for more than a year and joins the nucleus of bassist/Producer Fabrizio Grossi (Steve Vai, Alice Cooper, Dave Navarro, George Clinton, Slash) and drummer Kenny Aronoff (John Fogerty, Sir Paul McCartney, John Mellencamp, The Smashing Pumpkins).

Supersonic Blues Machine is the ultimate Rock, Blues & Soul jam band! An ever evolving music community of friends and guests that’s aimed to bring the crowds a true “one of kind” music experience, just like you could have lived as an active music lover & concert goer at the end of the 60’s or early 70’s!. Live, they are always joined by a long list of sidemen and special guests to continue the successful streaks of live Jam performances that has made the band one of the most exciting names in the Rock-Blues & Soul genre internationally.

Emergent co-founder Donna Love knows from experience, that music can make an impact, change perceptions and unite the world. “Emergent Behaviors and it’s parent company Emergent Media feel that ‘Right Now’ is a CTA we can get behind. I salute Fabrizio Grossi, SuperSonic Blues Machine and Mascot Label Group!” 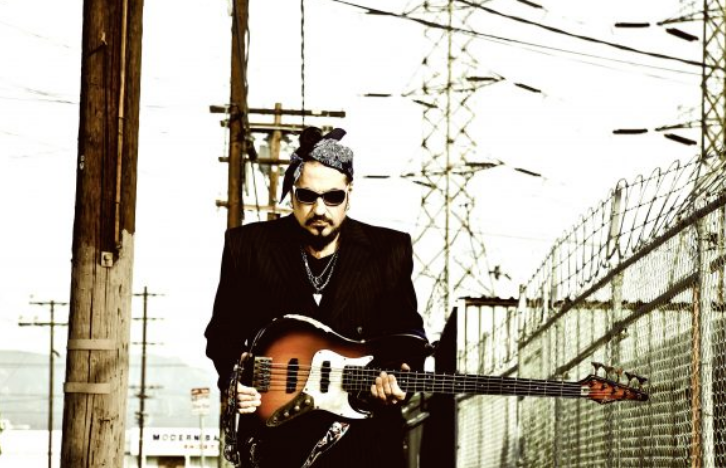 Supersonic Blues Machine are making the stems available for their brand new song ‘Right Now,’ released today on Earth Day 2019, available for fans and artists to reinterpret and remix. Talking about the reasons behind it, Fabrizio Grossi explains; “We get to learn from everyone, and specially from people that we generally don’t deal with. Somebody could hear us going a bit more folkey, some other ones more rock, somebody else would like to hear us in a EDM context, and somebody else would like to simply use our beat and hooks to tell his or her own story. And all this by exposing the positive message of the song, I thinks it’s a great way to get the message across and believe it’s a great way to engage and empower people around you.”